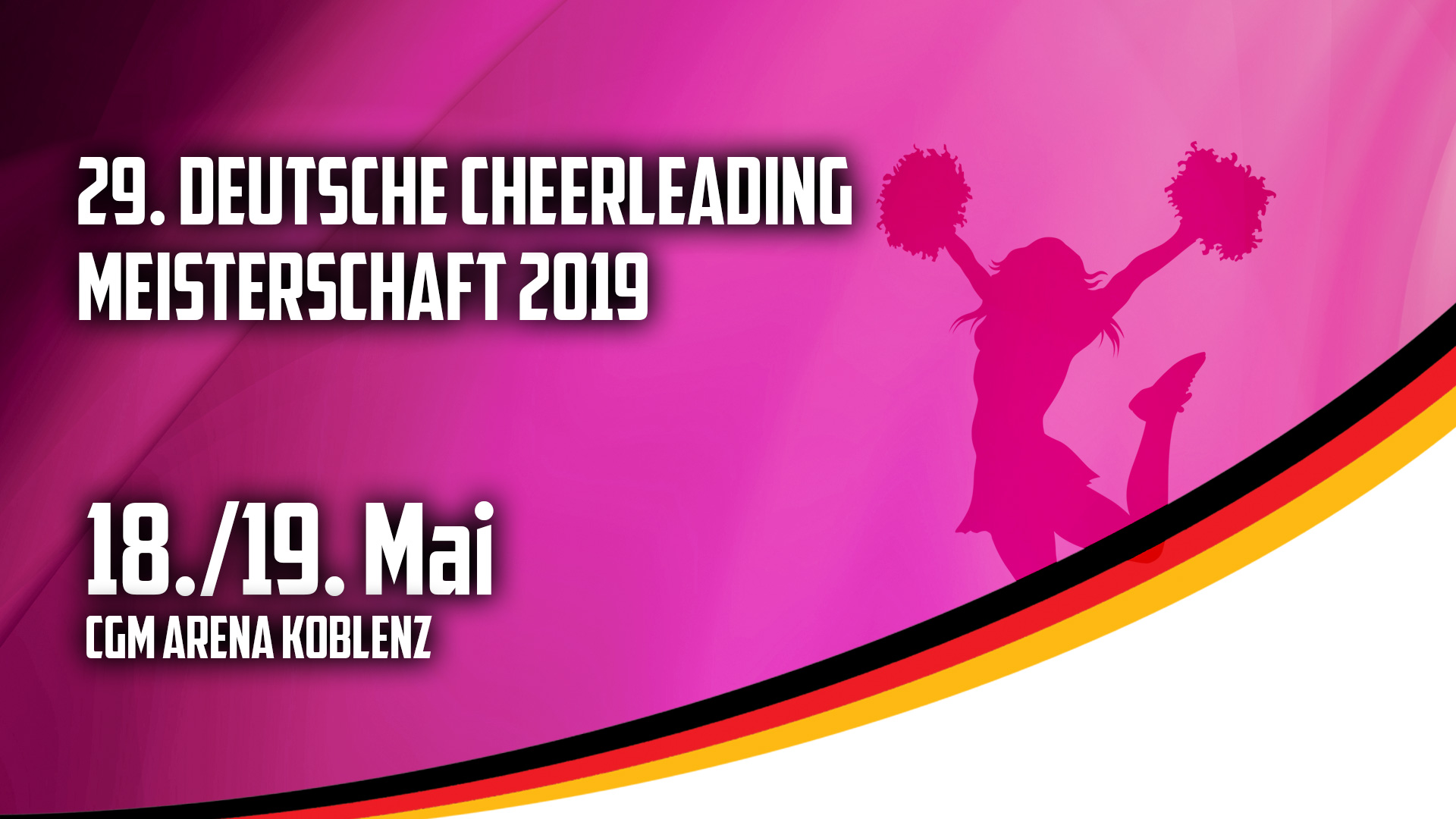 The 29th edition was attended by almost 1000 actives who showed there performance in front of 2400 viewers in the sold out hall. 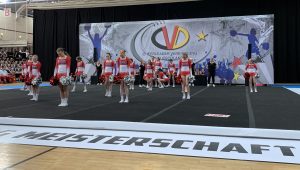 On both days, more than 200 groups showed there skill. First day main emphasis was Cheer Dance,as well as category’s Street Cheer and Pom Dance. Beside the athletic performance there was to notice the creativity of some of the groups because the costumes were remarkable !

Beside different age classes there are categories with only 2 actives. Double Dance shows various dance stiles mixed. Mostly elements out of Hip Hop and everything the Dance world has to offer. both of course is valid in all programs in Cheer Dance. Particularity in Cheer Dance are elements shown which are naturally compatible with Sideline Cheerleading. Mandatory hereby are Poms and Chants to motivate the own team.

Also on Saturday, beside all Dance categories, all youth and age classes showed the classic Cheerleading. To mention here is the difference in group sizes, and from that the result of their compositions. 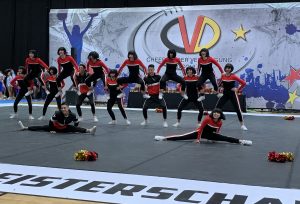 Especially successful as club on Saturday were the SCU Cheerleader from Düsseldorf and the Cheerleader of FT 1844 Freiburg.

Sunday all Senior and Pee-Wee age classes were due to perform. While on Saturday 27 different categories took part, on Sunday only 7. Though the number per category was clearly higher as the day before.

It started with small categories with max. five performers. The category Group Stand shows mostly technic, dance and show elements are secondary. Important here in the field of acrobatics is to show all lifting figures accurate .

The end of the German Cheerleader Championship on Sunday were the big categories with 15 and more actives. Here it`s shown all aspects of can and must what a Cheerleader on the Sideline performs. 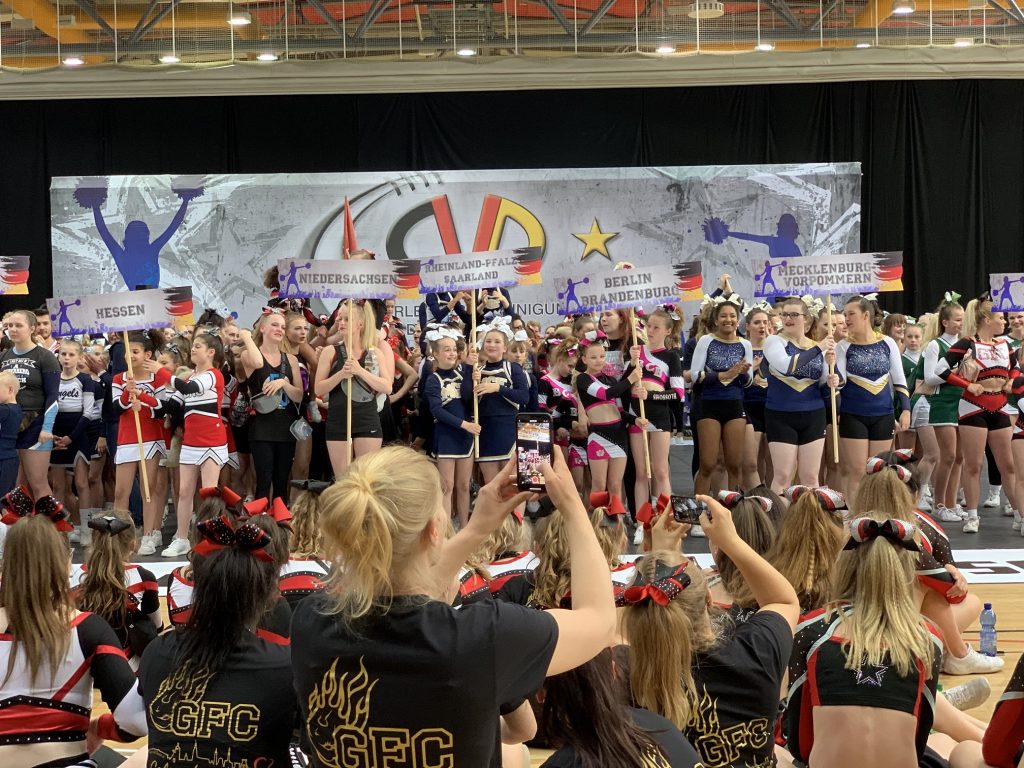 The German Championship has also been the qualification composition for the European- and World Championships in Heidelberg, beginning July , depending on the categories offered.

Altogether convinced the German Championship 2019 at the CGM-Arena with great programs and a rising performance level . The continuing improved teacher training in this area bears fruit and was visible .