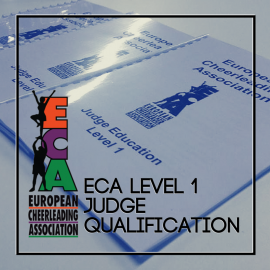 Dear members, as usually ECA is conducting an ECA Judges seminar around the days of the ECC at Koper. Please find below the details about this year’s seminar.  Your federation is invited to nominate participants for the seminar. If possible send those names as soon as possible on following E-mail :  r.huber@afvd.de with cc to Mrs. Marcella […]

The European Cheerleading Association (ECA), the continental association of the International Federation of Cheerleading (IFC), was in session on February 6, 2016 in Frankfurt (Main). The general assembly was very well-attended, including 18 delegates eligible to vote, which could be seen as evidence that the successful holding of the Cheerleading World Championship on November 21-22, […] 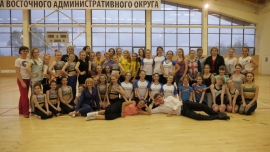 ECA in collaboration with IFC organised a 2-day Cheer Dance and Cheerleading seminar for coaches from Russia, Ukraine, and Latvia. The seminars were held in Moscow on the 3rd and 4th of May. There were over 40 coaches in attendance for theoretical parts of the seminar and more than one hundred cheerleaders at the practical […] 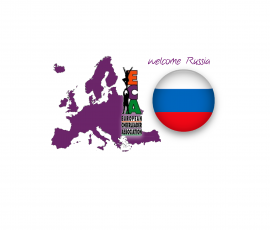 Happy to announce that ECA accepted and welcomed new member state. We are proud to say that Russia has become a new member of European Cheerleading Association. We warmly welcome You to our family. 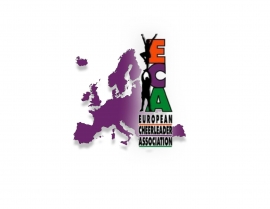 We’re happy to inform you that on Saturday 7th February 2015, the Annual General Meeting was successfully concluded in Berlin, Germany, where we accepted and welcomed new members. We are proud to say that our new members are: Belgium Ireland The Netherlands Luxembourg Spain We warmly welcome You to our family! In addition, on 2015 AGM board […] 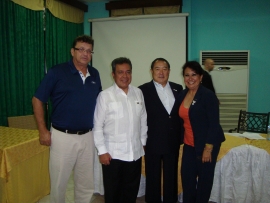 The 4th Pan-American Cheerleading Championships & International Open 2014 was successfully concluded at the Coliseo de la Ciudad Deportiva in Havana, Cuba on Saturday 1st November. The event was organised by the National Institute of Sports, Physical Education and Recreation (INDER) and attended by the President of INDER. Other distinguished guests included the President of the Ecuadorean DanceSport Federation, […]

We have new divisions, age limits , number of participants and small corrections – check it out on the  Rules Page. 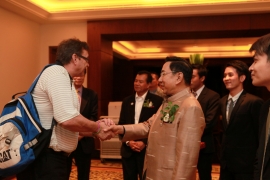 On February 23rd, ECA President Mr. Vojko Korošec, attended IFC AGM in Bangkok. At the meeting they discussed the cooperation between IFC and ECA and also got a chance to see the venue where the International Championship will be held in November. »I would especially like to thank the Organizator for a great AGM. I […]

ECA successfully held annual meeting for all country members at 02.02.2013. in Frankfurt. We elected three new board members, discussed ECC 2013 and more! Thank you to everyone that attended the meeting!